27 other sections not shown

Gore Vidal was born Eugene Luther Gore Vidal Jr. on October 3, 1925 at the U.S. Military Academy at West Point, New York. He did not go to college but attended St. Albans School in Washington and graduated from Phillips Exeter Academy in New Hampshire in 1943. He enlisted in the Army, where he became first mate on a freight supply ship in the Aleutian Islands. His first novel, Williwaw, was published in 1946 when he was twenty-one years old and working as an associate editor at the publishing company E. P. Dutton. The City and the Pillar was about a handsome, athletic young Virginia man who gradually discovers that he is homosexual, which caused controversy in the publishing world. The New York Times refused to advertise the novel and gave a negative review of it and future novels. He had such trouble getting subsequent novels reviewed that he turned to writing mysteries under the pseudonym Edgar Box and then gave up novel-writing altogether for a time. Once he moved to Hollywood, he wrote television dramas, screenplays, and plays. His films included I Accuse, Suddenly Last Summer with Tennessee Williams, Is Paris Burning? with Francis Ford Coppola, and Ben-Hur. His most successful play was The Best Man, which he also adapted into a film. He started writing novels again in the 1960's including Julian, Washington, D.C., Myra Breckenridge, Burr, Myron, 1876, Lincoln, Hollywood, Live From Golgotha: The Gospel According to Gore Vidal, and The Golden Age. He also published two collections of essays entitled The Second American Revolution, which won the National Book Critics Circle Award for criticism in 1982 and United States: Essays 1952-1992. In 2009, he received the National Book Awards lifetime achievement award. He died from complications of pneumonia on July 31, 2012 at the age of 86. 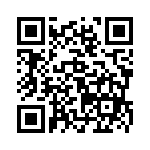