See the movie at www.peoplespeak.com . It's a great looking documentary!

Howard Zinn (1922–2010) was a historian, playwright, and social activist. In addition to A People’s History of the United States, which has sold more than two million copies, he is the author of numerous books including The People Speak, Passionate Declarations, and the autobiography, You Can’t Be Neutral on a Moving Train. 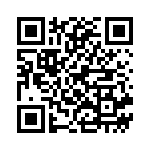