Michael P. Johnson grew up in Ponca City, Oklahoma, and received his undergraduate degree from Knox College and his doctorate from Stanford University. He is professor of history at the Johns Hopkins University. 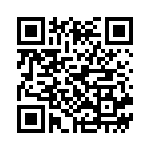