Page 476
They feed , sleep , make love , disport themselves in song and play , rest , look after their young ; they grow , age , and die ; their life , in fact , more or less mirrors our own . That is what we for the most part vaguely assume ...
Page 534
Second , it would cost less for each doctor to operate as part of a medical guild than if he were practising as an individual , because of the division of the overhead . By the same token , it would cost less for the whole or any part ...
Page 543
These are much less tangible and obvious , and less generally admitted , but certainly not less important than the factors already enumerated . The first has to do with the general level of political intelligence prevailing in Chicago . 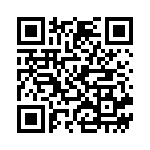