Page 71 - This proposal makes common cause for a common object, casting no reproaches upon any. It acts not the Pharisee. The change it contemplates would come gently as the dews of heaven, not rending or wrecking anything. Will you not embrace it? So much good has not been done by one effort in all past time as in the providence of God it is now your high privilege to do. May the vast future not have to lament that you have neglected it.
Appears in 206 books from 1858-2008

Phillip Shaw Paludan is the Naomi B. Lynn Distinguished Chair of Lincoln Studies at the University of Illinois, Springfield, and author of War and Home: The Civil War Encounter. He is also the winner of the Barondess/Lincoln Award and the Lincoln Prize. 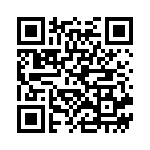