Page 173
Ever since the previous fall Lincoln had been urging the General to organize the
twelve unwieldy divisions of the Army of the Potomac into corps , instead of trying
to run everything himself . No , no , said McClellan , I do not wish to promote ...
Page 258
The army contained 113 ,ooo men in six corps , which the commander proposed
to realign into three " grand divisions ” of two corps each , under Sumner ,
Franklin , and Hooker . The corps commanders also were shuffled ; Reynolds
came ...
Page 276
was infected with McClellanism , his behavior at Antietam had been less than
spectacular , and , already before Christmas , the snooping Committee on the
Conduct of the War was after him , trying to find out why one of the two corps he ... 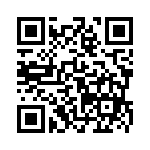