William J. Morgan, PhD, is a professor of sport humanities and interim director of the Center for Sport and Citizenship at Ohio State University in Columbus. He has served as editor and has published extensively in the Journal of the Philosophy of Sport. Currently he serves on its editorial review board. He has presented numerous papers on the topic of ethics in sport throughout the world and has written and edited several books on the topic: Why Sports Morally Matter; Philosophic Inquiry in Sport; Leftist Theories of Sport: A Critique and Reconstruction; Sport and the Humanities: A Collection of Original Essays; and Sport and the Body: A Philosophical Symposium.

Dr. Morgan is former president of the International Association for the Philosophy of Sport. In 1995, he received the association's Distinguished Scholar Award. In the same year, he was elected an active fellow of the American Academy of Kinesiology and Physical Education. 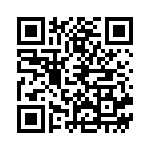