Page x
“ The elocutionists believe in the virtue of voice , the sublimity of syntax , the majesty of long sentences , and the genius of gesture . “ The orator loves the real , the simple , the natural . He places the thought above all .
Page 75
I believe it will not cease until a crisis shall have been reached , and passed . A house divided against itself can not stand . I believe this government can not endure permanently , half slave , and half free .
Page 180
At the end of more than ten days , I believe twelve , under constant urging , he reached Hagerstown from Carlisle , which is not an inch over fiftyfive miles , if so much , and Couch's movement was very little different .

20 other sections not shown 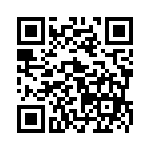