Page 238
You have reached your viewing limit for this book.

Page 146 - ... so far inferior that they had no rights which the white man was bound to respect; and that the Negro may justly and lawfully be reduced to slavery for his benefit.
Appears in 563 books from 1826-2008
Page 66 - But the great security against a gradual concentration of the several powers in the same department, consists in giving to those who administer each department the necessary constitutional means and personal motives to resist encroachments of the others.
Appears in 471 books from 1817-2008
More
Page 147 - For if they were so received, and entitled to the privileges and immunities of citizens, it would exempt them from the operation of the special laws and from the police regulations which they considered to be necessary for their own safety. It would give to persons of the negro race, who were...
Appears in 85 books from 1843-2008
Page 238 - Peace does not appear so distant as it did. I hope it will come soon, and come to stay ; and so come as to be worth the keeping in all future time. It will then have been proved that among free men there can be no successful appeal from the ballot to the bullet, and that they who take such appeal are sure to lose their case and pay the cost.
Appears in 181 books from 1861-2008
Page 25 - Well then, said Mr. Ware, I will show you a little of my power. I command you to permit me to search your house for uncustomed goods ; and went on to search the house from the garret to the cellar ; and then served the constable in the same manner!
Appears in 59 books from 1803-2007
Page 167 - The right of the people to be secure in their persons . . . against unreasonable searches and seizures...
Appears in 71 books from 1859-2006
Page 185 - As a nation, we began, by declaring that 'all men are created equal.' We now practically read it 'all men are created equal, except negroes.' When the Know-Nothings get control, it will read 'all men are created equal, except negroes, and foreigners, and catholics.
Appears in 383 books from 1857-2008
Page 31 - ... by passing them through the medium of a chosen body of citizens, whose wisdom may best discern the true interest of their country, and whose patriotism and love of justice will be least likely to sacrifice it to temporary or partial considerations.
Appears in 360 books from 1817-2008
Less

Andrew E. Taslitz is Professor at Howard University School of Law. He is the author of five books, including Constitutional Criminal Procedure and Rape and the Culture of the Courtroom (NYU Press). 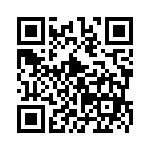