Max Shachtman (1904–72) was a socialist organizer, orator and writer. He edited the journal New International. 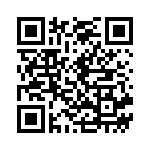