Don H. Doyle is McCausland Professor of History at the University of South Carolina. His books include Nations Divided (Georgia) and Faulkner's County. 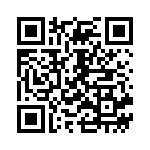