Page 479
4 LINCOLN THE LEADER BY RICHARD WATSON GILDER GREATER AND GREATER " forth after his death ; Noah Brooks , who had been close to Lincoln in WashingT was not many years after the Civil ton ; Bret Harte , author , among other famous pieces ...
Page 947
ܕ It transpired that during the time the Mrs. Lincoln tugged at my other hand President's party was within the theater , and said , “ Remember , Mr. Grover - what the coachman , an Irishman under thirty Mr. Lincoln says , he means .
Page 959
The portrait study , now autograph , “ A. Lincoln January 26 , 1861 owned by Robert T. Lincoln , was probably Springfield , Ills . , ” which shows that it was the prototype of the Washburn portrait , for written on the original ... 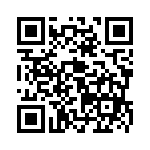