Eric Foner is the preeminent historian of his generation. His books have won the top awards in the profession, and he has been president of both major history organizations, the American Historical Association and the Organization of American Historians. He is the author of Give Me Liberty!, which displays all of his trademark strengths as a scholar, teacher, and writer. A specialist on the Civil War/Reconstruction period, he regularly teaches the nineteenth-century survey at Columbia University, where he is DeWitt Clinton Professor of History. In 2011, Foner's The Fiery Trial: Abraham Lincoln and American Slavery won the Pulitzer Prize in History, the Bancroft Prize, and the Lincoln Prize. His Gateway to Freedom: The Hidden History of the Underground Railroad is a 2015 New York Times bestseller.

Manning Marable was born in Dayton, Ohio on May 13, 1950. In 1968, he served as the local black newspaper's correspondent and marched along with thousands of others during the funeral procession for Rev. Martin Luther King Jr. He received a bachelor's degree from Earlham College in Indiana, a master's degree from the University of Wisconsin and a doctorate from the University of Maryland. He wrote around 20 books during his lifetime including How Capitalism Underdeveloped Black America, The Great Wells of Democracy: The Meaning of Race in American Life, Speaking Truth to Power: Essays on Race, Resistance and Radicalism, and Malcolm X: A Life of Reinvention. He was a professor of African American studies, history, political science and public affairs at Columbia University. He died from complications of pneumonia on April 1, 2011 at the age of 60. 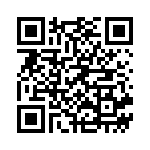