Page 31
For it was forlorn enough for him to go back ENCLTINOSE in the dark , cold night , with his burden of remorse , in search of a probably halfour nursing - father , the drawing - room car con- | crazed mother , instead of being welcomed ...
Page 173
said dewy avenue , where the sunshine played little Clara , laying hold upon her mother's through the network of leaves ... and as she took her seat she gave along with their father and mother , and there vent to a little fretful sigh .
Page 720
And mamma , we are going cited child , and her mother is a beautiful to the opera to - night ! ” woman , ” said Aunt Mary to herself ; “ man's “ You silly child , ” Helen said . But to eyes taste and woman's , it is to be supposed ... 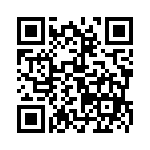