13 other sections not shown

The development of an existential psychology in America is in good part the work of Rollo May. He helped bring existentialism to psychology some fifteen years ago, and since then his impact has increased each year. As he says here, he isn't an existentialist in a cultist sense. In American psychology, the existential approach is part of a wider trend which includes many views" (Eugene T. Gendlin, Psychology Today). May's psychology is sometimes referred to as humanistic. He is one of the affirmative, "third force" American psychologists who are also critical of the society in which we live. Gendlin writes further: "In. . . Psychology and the Human Dilemma [1966], May offers a wealth of valid and stimulating ideas in a totally engaging and readable fashion. [The human dilemma is that] man is always both an active subject and a passive object ". . . May [says]: "Only in knowing ourselves as the determined ones are we free. This last sentence and his many similar discussions seem to mean that we can't help what happens, but only what attitude we take toward what happens. In fact, he means more than this---in taking an attitude toward what happens we change what happens." In late 1968, May was the subject of an article in the New York Times in which he was said to feel that "one sign that the modern age is dying is that its myths are dying." We are at present in a "limbo" between myths---the situation in which people become disoriented and "alienated." "In the new myths," he said, "I would think that racial variation will be seen as a positive value, that emphasis on one world will replace fragmented nationalism, and that things will be valued more for their intrinsic worth rather than in use---what they can be banked for." As a young man, May taught for a period at the American College in Saloniki, Greece. An ordained Congregational minister, May received his Ph.D. at Columbia University in 1949. He worked as supervisory and training analyst at the William Alanson White Institute in New York City and adjunct professor of clinical psychology at the New York University Graduate School of Arts and Sciences for many years. May was instrumental in establishing the Rollo May Center for Humanistic Studies at Saybrook Institute in San Francisco. 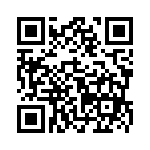