In a sense, this work is the piece de resistance of the textual revolution in American scholarship of the past generation. The first half is the final MLA "Approved Text'' of the classic novel ... Read full review

Pages 382 to 1016 are displayed UPSIDE DOWN!
So two-thirds of the text is unreadable.
Please fix to make the book useful.

HERMAN MELVILLE (1819-1891) was an American novelist, short story writer, essayist, and poet. He is best known for his novel Moby-Dick. His first three books gained much contemporary attention (the first, Typee, becoming a bestseller), and after a fast-blooming literary success in the late 1840s, his popularity declined precipitously in the mid-1850s and never recovered during his lifetime. When he died in 1891, he was almost completely forgotten. It was not until the "Melville Revival" in the early 20th century that his work won recognition, especially Moby-Dick, which was hailed as one of the literary masterpieces of both American and world literature. He was the first writer to have his works collected and published by the Library of America. 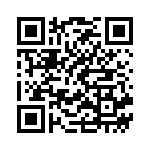