While Boritt covers everything surrounding Gettysburg from the height of the grass, bodies and how they were buried, slave and free activities, and more, he leaves out an in-depth analysis of the ... Read full review

The Gettysburg gospel: the Lincoln speech that nobody knows

Boritt (Civil War studies, Gettysburg Coll.) manages to offer a fresh perspective on one of America's most famous speeches-which was not the main event at the cemetery dedication at Gettysburg in ... Read full review

Gabor Boritt is the Robert Fluhrer Professor of Civil War Studies and Director of the Civil War Institute at Gettysburg College. Born in World War II Hungary, he participated as a teenager in the 1956 revolution against the Soviet Union. He escaped to the United States, where he received his higher education and became one of the finest Lincoln scholars. His life story is soon to be the subject of a feature-length documentary film. He is the author, coauthor, or editor of sixteen books about Lincoln and the Civil War. Boritt and his wife live on a farm near the Gettysburg battlefield, where they have raised their three sons. 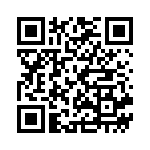