Page 34
You have reached your viewing limit for this book.

Page 73 - I believe that it must be the policy of the United States to support free peoples who are resisting attempted subjugation by armed minorities or by outside pressures. I believe that we must assist free peoples to work out their own destinies in their own way.
Appears in 516 books from 1907-2008
Page 34 - My paramount object in this struggle is to save the Union, and is not either to save or to destroy slavery. If I could save the Union without freeing any slave, I would do it; and if I could save it by freeing all the slaves, I would do it; and if I could save it by freeing some and leaving others alone, I would also do that.
Appears in 668 books from 1758-2008
More
Page 52 - But the right is more precious than peace, and we shall fight for the things which we have always carried nearest our hearts — for democracy, for the right of those who submit to authority to have a voice in their own governments...
Appears in 627 books from 1821-2008
Page 73 - From Stettin in the Baltic to Trieste in the Adriatic, an iron curtain has descended across the Continent. Behind that line lie all the capitals of the ancient states of Central and Eastern Europe. Warsaw, Berlin, Prague, Vienna, Budapest...
Appears in 840 books from 1923-2008
Page 33 - To state the question more directly, are all the laws but one to go unexecuted and the Government itself go to pieces lest that one be violated? Even in such a case would not the official oath be broken if the Government should be overthrown, when it was believed that disregarding the single law would tend to preserve it?
Appears in 180 books from 1861-2008
Page 2 - States shall have declared, by proclamation, that the laws of the United States are opposed, and the execution thereof obstructed by combinations too powerful to be suppressed by the ordinary course of judicial proceedings...
Appears in 119 books from 1828-2007
Page v - All those who seek to destroy the liberties of a democratic nation ought to know that war is the surest and the shortest means to accomplish it.
Appears in 63 books from 1840-2006
Page v - War does not always give over democratic communities to military government, but it must invariably and immeasurably increase the powers of civil government...
Appears in 43 books from 1840-2005
Page 14 - That War be, and the same is hereby declared to exist between the United Kingdom of Great Britain and Ireland and the dependencies thereof, and the United States of America and their territories...
Appears in 179 books from 1811-2008
Less

Frank E. Vandiver was Distinguished University Professor, President Emeritus of Texas A&M University, and Director of the Mosher Institute for Defense Studies. He was Professor of History and Provost of Rice University. He has been Harmsworth Professor of American History at Oxford University and has taught at the United States Military Academy. His books include Black Jack: The Life and Times of John J. Pershing (National Book Awards Finalist), Mighty Stonewall: Shadows of Vietnam: Lyndon Johnson's War, and Their Tattered Flags: The Epic of the Confederacy. 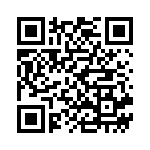