Although 19th-century Boston had a small African American population, it had one of the most active and militant abolitionist movements in the United States. This collection of ten essays, the result ... Read full review

DONALD M. JACOBS, Professor of History at Northeastern University, is the editor of Antebellum Black Newspapers and Index to the American Slave. He is the author of While the Cabots Talked to God: Racial Conflict in Antebellum Boston, the Black Struggle, 1825–1861. 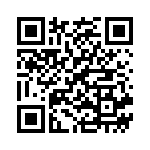