David Herbert Donald has twice won the Pulitzer Prize in biography, and his book Lincoln won the prestigious Lincoln Prize. He is Charles Warren Professor of American History and American Civilization Emeritus at Harvard University. He also is the author of We Are Lincoln Men: Abraham Lincoln and His Friends.

Harold Holzer is cochairman of the 2009 U.S. Abraham Lincoln Bicentennial Commission and senior vice president at The Metropolitan Museum of Art. He is the author or editor of twenty-three books on Lincoln and the Civil War, most recently Lincoln at Cooper Union, which won a 2005 Lincoln Prize. 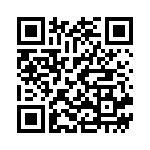