Mark Graber begins his book with the observation that legal scholars almost universally proclaim that the Dred Scott decision was wrong. To the contrary, Graber argues that "the result in Dred Scott v ... Read full review

Mark A. Graber is a Professor of Government at the University of Maryland College Park and a Professor of Law at the University of Maryland School of Law. He previously taught law and political science at the University of Texas. He is the author of Transforming Free Speech (1991), Rethinking Abortion (1996), and numerous articles on American constitutional development, law and politics. His many awards include the Edward Corwin Prize (best dissertation), the Hughes Goessart Prize (best article in the Journal of the History of the Supreme Court), and the Congressional Quarterly Prize (best published article on public law). He is a member of the American Political Science Association and the American Association of Law Schools. During the 2005 academic year, he was head of the Law and Courts section of the American Political Science Association. 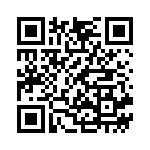