Page 123
deal older than Jeremy , perhaps sixteen " You were cads to hit my sister , ” or seventeen years of age . His eyes , he said . He let Hamlet's collar go , which were gray and clear , were his and the dog went over and smelled the best ...
Page 126
They der ears is occurring . bathed in the pools and ran about " I never heard anything so awful , ” naked , Humphrey doing exercises , said Aunt Amy . standing on his head , turning somer- " It's so sad to me , ” said Jeremy's saults ...
Page 127
Some one caught the figure extraordinary woman was standing and stayed it : for a second of time quite alone , no one near her , standing Jeremy saw Humphrey's face , flaming there , contempt in her eyes , and a with anger . 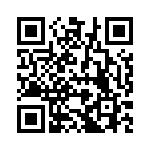