In the space of a single decade, three leaders liberated tens of millions of souls, remade their own vast countries, and altered forever the forms of national power: Abraham Lincoln freed a subjugated ... Read full review

FORGE OF EMPIRES: Three Revolutionary Statesmen and the World They Made, 1861-1871

A sprightly work of scholarship by journalist-historian Beran (Jefferson's Demons: Portraits of a Restless Mind, 2003) cuts suspensefully among decisive moments in the lives of Abraham Lincoln, Otto ... Read full review

1 other sections not shown 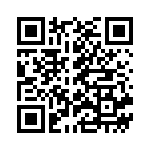