John T. Morse Jr. (1840-1937) was admitted to the Massachusetts bar in 1862 and wrote widely on public policy, economics, and social theory. He worked alongside Henry Cabot Lodge as an editor of the International Review for many years and was editor of the American Statesmen series. In addition to his legal works, Morse wrote biographies of Alexander Hamilton, Oliver Wendell Holmes, Abraham Lincoln, John Quincy Adams, Thomas Jefferson, and Benjamin Franklin. 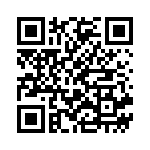