Wilde released this collection of critical essays in 1891, when his popularity was soaring. His subjects range from art and literature to society, all with which he was well acquainted. And, of course ... Read full review

Flamboyant man-about-town, Oscar Wilde had a reputation that preceded him, especially in his early career. He was born to a middle-class Irish family (his father was a surgeon) and was trained as a scholarship boy at Trinity College, Dublin. He subsequently won a scholarship to Magdalen College, Oxford, where he was heavily influenced by John Ruskin and Walter Pater, whose aestheticism was taken to its radical extreme in Wilde's work. By 1879 he was already known as a wit and a dandy; soon after, in fact, he was satirized in Gilbert and Sullivan's Patience. Largely on the strength of his public persona, Wilde undertook a lecture tour to the United States in 1882, where he saw his play Vera open---unsuccessfully---in New York. His first published volume, Poems, which met with some degree of approbation, appeared at this time. In 1884 he married Constance Lloyd, the daughter of an Irish lawyer, and within two years they had two sons. During this period he wrote, among others, The Picture of Dorian Gray (1891), his only novel, which scandalized many readers and was widely denounced as immoral. Wilde simultaneously dismissed and encouraged such criticism with his statement in the preface, "There is no such thing as a moral or an immoral book. Books are well written or badly written. That is all." In 1891 Wilde published A House of Pomegranates, a collection of fantasy tales, and in 1892 gained commercial and critical success with his play, Lady Windermere's Fan He followed this comedy with A Woman of No Importance (1893), An Ideal Husband (1895), and his most famous play, The Importance of Being Earnest (1895). During this period he also wrote Salome, in French, but was unable to obtain a license for it in England. Performed in Paris in 1896, the play was translated and published in England in 1894 by Lord Alfred Douglas and was illustrated by Aubrey Beardsley. Lord Alfred was the son of the Marquess of Queensbury, who objected to his son's spending so much time with Wilde because of Wilde's flamboyant behavior and homosexual relationships. In 1895, after being publicly insulted by the marquess, Wilde brought an unsuccessful slander suit against the peer. The result of his inability to prove slander was his own trial on charges of sodomy, of which he was found guilty and sentenced to two years of hard labor. During his time in prison, he wrote a scathing rebuke to Lord Alfred, published in 1905 as De Profundis. In it he argues that his conduct was a result of his standing "in symbolic relations to the art and culture" of his time. After his release, Wilde left England for Paris, where he wrote what may be his most famous poem, The Ballad of Reading Gaol (1898), drawn from his prison experiences. Among his other notable writing is The Soul of Man under Socialism (1891), which argues for individualism and freedom of artistic expression. There has been a revived interest in Wilde's work; among the best recent volumes are Richard Ellmann's, Oscar Wilde and Regenia Gagnier's Idylls of the Marketplace , two works that vary widely in their critical assumptions and approach to Wilde but that offer rich insights into his complex character. 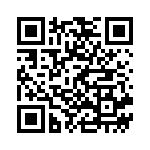