Howard Pyle was born March 5, 1853 in Wilmington, Delaware. Pyle was a Quaker and attended the Friends' School in Wilmington. At sixteen he began three years of daily commutes to Philadelphia in order to study under the Belgian artist Van der Weilen. After three years of study, he set up a studio in Wilmington and helped his father in his leather business while beginning his fledgling career as an illustrator. His earliest work was published in Scribner's Monthly in 1876. He moved to New York, where he was associated to some extent with the Art Students' league of New York City during 1876-77. His early illustrations, short stories and poems appeared in the leading New York periodicals in 1876-79. He was also an artist and writer for Harpers Weekly. Pyle's color pictures appeared in issues of Century, Everybody's and Harpers monthly magazines from 1900 to 1911. Pyle devoted his art work almost entirely to the production of illustrations which appeared in periodicals and books. He also shared his views and skills with the student body at his 1896 classes at the Drexel Institute of Arts and Sciences in Philadelphia, his summer classes at Chadds Ford, Pennsylvania, and at his own school in Wilmington, Delaware - started in 1903. Pyle's students were to revolutionize the illustration world. Today they are collectively known as The Brandywine School. Pyle is the author and illustrator of the following works: The Merry Adventures of Robin Hood of Nottinghamshire published in 1883; Within the Capes published in 1885; Pepper and Salt, or Seasoning for Young Folk published in 1887; The Rose of Paradise also published in 1887; The Wonder Clock or Four and Twenty Marvelous Tales published in 1888; Otto of the Silver Hand also published in 1888; A Modern Aladdin published in 1891); Men of Iron, a Romance of Chivalry published in 1892; Jack Ballister's Fortune published in 1894; Twilight Land published in 1895; and The Garden Behind the Moon published in 1895. In 1910, Howard Pyle relocated his family to Florence, Italy where he hoped to study and pursue the painting of murals. It was his second trip abroad. On November 9 of 1911, he suddenly became ill and died of a kidney infection at the age of 58. His ashes were interred there. 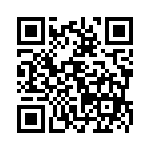