My understanding is that professional Lincoln scholars tend to distrust Sandberg for relying too much on local traditions which may have been romanticized. However, I think he does write well and provides an interesting focus on Lincoln's early years. Read full review

The son of Swedish immigrants, Sandburg was born in Galesburg, Illinois. At age 13 he left school to roam the Midwest; he remained on the road for six years, working as a day laborer. Sandburg served in the Spanish-American War and then, from 1898 to 1902, attended Lombard College in Galesburg. After college, he went to Milwaukee, where he worked as a journalist; he also married Lillian Steichen there in 1908. During World War I, he served as a foreign correspondent in Stockholm; after the war he returned to Chicago and continued to write about America, especially the common people. Sandburg's first poems to gain wide recognition appeared in Poetry magazine in 1914. Two years later he published his Chicago Poems (1916), and Cornhuskers appeared in 1918. Meanwhile, Sandburg set out to become an authority on Abraham Lincoln (see Vol. 3). His exhaustive biography of the president, which took many years to complete, appeared as Abraham Lincoln: The Prairie Years (2 vols., 1926) and Abraham Lincoln: The War Years (4 vols., 1939), which won a Pulitzer Prize. Sandburg's poetry is untraditional in form. Drawing on Whitman as well as the imagists, its rhymeless and unmetered cadences reflect Midwestern speech, and its diction ranges from strong rhetoric to easygoing slang. Although he often wrote about the uncouth, the muscular, and the primitive, there was a pity and loving kindness that was a primary motive for his poetry. At Sandburg's death, Mark Van Doren, Archibald MacLeish, and President Lyndon Johnson delivered eulogies. In his tribute, President Johnson said that "Carl Sandburg was more than the voice of America, more than the poet of its strength and genius. He was America.... He gave us the truest and most enduring vision of our own greatness." The N.Y. Times described Sandburg as "poet, newspaper man, historian, wandering minstrel, collector of folk songs, spinner of tales for children, [whose] place in American letters is not easily categorized. But it is a niche that he has made uniquely his own." Sandburg was the labor laureate of the United States. Sandburg received the Pulitzer Prize for poetry in 1951 for his Complete Poems (1950). Among his many other awards were the gold medal for history and biography (1952) from the American Academy of Arts and Letters; the Poetry Society of America's gold medal (1953) for distinguished achievement; and the Boston Arts Festival Award (1955) in recognition of "continuous meritorious contribution to the art of American poetry." In 1959 he traveled under the auspices of the Department of State to the U.S. Trade Fair in Moscow, and to Stockholm, Paris, and London. In 1960 he received a citation from the U.S. Chamber of Commerce as a great living American for the "significant and lasting contribution which he has made to American literature. 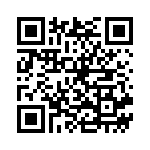