Read Redburn, which is a great tale of a sailor from NY across the Atlantic to Liverpool and back. This was Melville's first novel. Young Redburn was very naive and I saw a lot of a young me in him ... Read full review

This is not a "review" of Herman Melville's Moby-Dick. Another one of those wouldn’t do much good. What follows are simply my thoughts and impressions on finally finishing a book that I first ... Read full review

Herman Melville (1819-1891) sailed as an ordinary seaman in the Pacific as a young man, turning these experiences into a series of romances that launched his literary career. By 1850 he was married, had acquired a farm near Pittsfield, Massachussetts, and was hard at work on his masterpiece Moby-Dick. Literary success soon faded, his complexity increasingly alienating readers. After a visit to the Holy Land in January 1857, he turned from writing prose fiction to poetry. In 1863, during the Civil War, he moved back to New York City, where from 1866-1885 he was a deputy inspector in the Custom House, and where, in 1891, he died. A draft of a final prose work, Billy Budd, Sailor, was left unfinished and unknown until its rediscovery and publication in 1924. 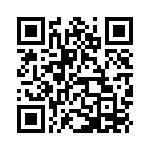