John F. Bibby is professor emeritus of political science at the University of Wisconsin, Milwaukee and the author of Politics, Parties, and Elections in America, Governing by Consent: An Introduction to American Politics, and the co-author of Party Organizations in American Politics. He was the 2001 recipient of the Samuel J. Eldersveld Lifetime Award from the Political Organizations and Parties Section of the American Political Science Association. In addition to being a specialist in the study of political parties, he has held leadership positions in national, state, and local party organizations. L. Sandy Maisel is William R. Kenan Jr. Professor of Government and director of the Goldfarb Center for Public Affairs and Civic Engagement at Colby College. Former president of the New England Political Science Association and former chair of the Legislative Studies and the Political Organizations and Parties sections of the American Political Science Association, Maisel is the general editor of Political Parties and Elections in the United States: An Encyclopedia and of Jews in American Politics; he is editor of The Parties Respond: Changes in American Parties and Campaigning, now in its fourth edition with Westview, co-author of Parties and Elections in America, also now in its fourth edition, and author or co-author of dozens of journal articles and book chapters. 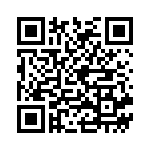