Joseph A. Ranney teaches legal history as an adjunct professor at Marquette University Law School and is a partner in the Madison, Wisconsin, law firm of DeWitt Ross & Stevens S.C., practicing commercial and intellectual property litigation. 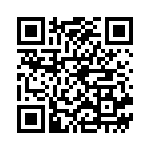