From the team behind the adaptation of The Odyssey (1995), an audacious retelling that follows the main story line of Melville's monumental work—of Ishmael's tale of Captain Ahab's mad quest for ... Read full review

Money dick is such a lovely book I would really recommend to read it please when having your time trying reading it!

Page 538 - In that day the Lord with his sore and great and strong sword shall punish leviathan the piercing serpent, even leviathan that crooked serpent; and he shall slay the dragon that is in the sea.
Appears in 610 books from 1611-2008
Page 541 - To hang their momentary fires Amid the vault of heaven. So, fire with water to compare, The ocean serves, on high Up-spouted by a whale in air, To express unwieldy joy.
Appears in 105 books from 1802-2006
More
Page 7 - Call me Ishmael. Some years ago never mind how long precisely - having little or no money in my purse, and nothing particular to interest me on shore, I thought I would sail about a little and see the watery part of the world.
Appears in 264 books from 1841-2008
Page 540 - Tempest the ocean : there leviathan, Hugest of living creatures, on the deep Stretched like a promontory, sleeps or swims, And seems a moving land ; and at his gills Draws in, and at his trunk spouts out, a sea.
Appears in 267 books from 1722-2008
Page 539 - For by art is created that great LEVIATHAN called a COMMONWEALTH, or STATE (in Latin, CIVITAS), which is but an artificial man...
Appears in 320 books from 1651-2008
Page 54 - I was a good Christian ; born and bred in the bosom of the infallible Presbyterian Church. How then could I unite with this wild idolator in worshipping his piece of wood? But what is worship ? thought I. Do you suppose now, Ishmael that the magnanimous God of heaven and earth — pagans and all included — can possibly be jealous of an insignificant bit of black wood ? Impossible ! But what is worship ? — to do the will of God — that is worship.
Appears in 69 books from 1892-2008
Page 169 - I, ISHMAEL, was one of that crew; my shouts had gone up with the rest; my oath had been welded with theirs; and stronger I shouted, and more did I hammer and clinch my oath, because of the dread in my soul. A wild, mystical, sympathetical feeling was in me; Ahab's quenchless feud seemed mine.
Appears in 119 books from 1892-2008
Page 295 - Thou saw'st the locked lovers when leaping from their flaming ship ; heart to heart they sank beneath the exulting wave ; true to each other, when heaven seemed false to them. Thou saw'st the murdered mate when tossed by pirates from the midnight deck ; for hours he fell into the deeper midnight of the insatiate maw ; and his murderers still sailed on unharmed — while swift lightnings shivered the neighbouring ship that would have borne a righteous husband to outstretched, longing arms. O head...
Appears in 63 books from 1892-2007
Page 43 - With speed he flew to my relief, As on a radiant dolphin borne; Awful, yet bright, as lightning shone The face of my Deliverer God. "My song for ever shall record That terrible, that joyful hour; I give the glory to my God, His all the mercy and the power.
Appears in 60 books from 1892-2008
Page 533 - ... and so the bird of heaven, with archangelic shrieks, and his imperial beak thrust upwards, and his whole captive form folded in the flag of Ahab, went down with his ship, which, like Satan, would not sink to hell till she had dragged a living part of heaven along with her, and helmeted herself with it.
Appears in 113 books from 1892-2006
Less

Herman Melville is a major figure in American literature, largely due to his revered nautical novel Moby-Dick. As a young New Yorker, Melville developed wanderlust and headed for the high seas. Writing about his adventures in the South Pacific led to his debut, Typee, but after this popular book, Melville's success declined. Later works, particularly Moby-Dick, weren't wholeheartedly embraced until well after Melville's death, with resounding acknowledgement not arriving until the early 20th century. 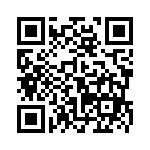