He gets some things right, quite a few probably wrong, but in the world today it is hard to be sure which of his predictions...the most unlikely...may be spot on, which totally off. Always a fun read. Read full review

DAY OF RECKONING: How Hubris, Ideology, and Greed Are Tearing America Apart

Conservative stalwart Buchanan skewers the Republicans and the rich.One rich Republican in particular: George Bush, for whom Buchanan clearly has no use. It is part of Bush's agenda, writes the author ... Read full review

PATRICK J. BUCHANAN, America's leading traditional conservative, was a senior adviser to three American presidents, ran twice for the Republican presidential nomination, in 1992 and 1996, and was the Reform Party's candidate in 2000. The author of eight other books, including the bestsellers Right from the Beginning; A Republic, Not an Empire; The Death of the West; Where the Right Went Wrong; and State of Emergency, he is a syndicated columnist and a founding member of three of America's foremost public affairs shows, NBC's The McLaughlin Group and CNN's The Capitol Gang and Crossfire. He lives in McLean, Virginia. 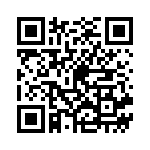