Allan Levine received his Ph.D. in history from the University of Toronto in 1985. He is the author of The Exchange: 100 Years of Trading Grain in Winnipeg (1987) and the editor of Your Worship: The Lives of Eight of Canada's Most Unforgettable Mayors (1989). His review and articles have appeared in the Globe and Mail, the Winnipeg Free Press, Saturday Night, The Beaver, and Books in Canada. Since 1984, he has taught at St. John's-Ravenscourt School. He lives in Winnipeg with his wife, Angie, and their two children. 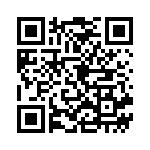