Page 5
... and muse upon it , and reflect from it , and dream upon it : until it becomes stale - But when will it do so ? Never- When a man has arrived at a certain ripeness in intellect any one grand and spiritual passage serves him as a ...
Page 9
Never mind , brother , " he mumbled . " Thanks for this also , brother . - This also is an alms , brother . " I understood that I had received an alms from my brother . " The Beggar Man , " by Turgenef . 90 90 Drudgery is as necessary ...
Page 11
A Conversation , " based on the fact that never yet has human foot trod either the Jungfrau or the Finsteraarhorn , by Tur- genef DE 66 E said , " I see . " And they said : " He's crazy ; crucify him . " He still said : " I see .
Page 12
... though never completely victorious , is continuously conquering . The very fact that we are still here carrying on the contest against the hosts of annihilation proves that on the whole the battle has gone for humanity .
Page 14
HE Age of Romance has not ceased ; it never ceases ; it does not , if we will think of it , so much as very sensibly decline . - Carlyle . H , God , here in my dressing room , Page 14 ELBERT HUBBARD'S.
Next »

Page 111 - To suffer woes which hope thinks infinite ; To forgive wrongs darker than death or night ; To defy power which seems omnipotent ; To love and bear ; to hope till hope creates From its own wreck the thing it contemplates ; Neither to change, nor falter, nor repent ; This, like thy glory, Titan, is to be Good, great, and joyous, beautiful and free ; This is alone Life, Joy, Empire, and Victory ! NOTE ON PROMETHEUS UNBOUND, BY MRS.
Appears in 1033 books from 1824-2008
Page 28 - With fingers weary and worn, With eyelids heavy and red, A woman sat in unwomanly rags Plying her needle and thread — Stitch ! stitch ! stitch ! In poverty, hunger and dirt, And still with a voice of dolorous pitch, Would that its tone could reach the rich ! She sang this "Song of the Shirt.
Appears in 792 books from 1824-2008
More
Page 135 - My Captain does not answer, his lips are pale and still; My father does not feel my arm, he has no pulse nor will; The ship is...
Appears in 767 books from 1860-2008
Page 24 - In the fell clutch of circumstance I have not winced nor cried aloud. Under the bludgeonings of chance My head is bloody, but unbowed.
Appears in 673 books from 1857-2008
Page 133 - DEAR MADAM : I have been shown in the files of the War Department a statement of the Adjutant-General of Massachusetts that you are the mother of five sons who have died gloriously on the field of battle. I feel how weak and fruitless must be any words of mine which should attempt to beguile you from the grief of a loss so overwhelming.
Appears in 616 books from 1821-2008
Page 99 - I thought ten thousand swords must have leaped from their scabbards to avenge even a look that threatened her with insult. But the age of chivalry is gone. That of sophisters, economists, and calculators has succeeded ; and the glory of Europe is extinguished forever.
Appears in 975 books from 1800-2008
Page 174 - IN Xanadu did Kubla Khan A stately pleasure-dome decree : Where Alph, the sacred river, ran Through caverns measureless to man Down to a sunless sea. So twice five miles of fertile ground With walls and towers were girdled round : And there were gardens bright with sinuous rills Where blossomed many an incense-bearing tree ; And here were forests ancient as the hills, Enfolding sunny spots...
Appears in 961 books from 1816-2008
Page 165 - I have heard, in such a way as to believe it, of your recently saying that both the army and the government needed a dictator. Of course it was not for this, but in spite of it, that ''I have given you the command. Only those generals who gain successes can set up dictators. What I now ask of you is military success, and I will risk the dictatorship.
Appears in 509 books from 1857-2008
Page 168 - To fetters, and the damp vault's dayless gloom, Their country conquers with their martyrdom, And Freedom's fame finds wings on every wind. Chillon ! thy prison is a holy place, And thy sad floor an altar— for 'twas trod, Until his very steps have left a trace Worn, as if thy cold pavement were a sod, By Bonnivard ! May none those marks efface ! For they appeal from tyranny to God.
Appears in 585 books from 1815-2008
Page 161 - These are the times that try men's souls. The summer soldier and the sunshine patriot will, in this crisis, shrink from the service of their country; but he that stands it now, deserves the love and thanks of man and woman.
Appears in 1200 books from 1817-2008
Less 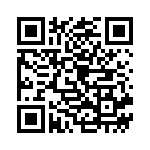