Winning the future: a 21st Century Contract with America

The conservative Republican maverick opens his latest work with a "traditional American values" self-test; readers who score well may be energized by this assertive broadside against all that ails the ... Read full review

A very astute analysis of the problems of the nation and how to solve them. Read full review

Newt Gingrich was born on June 17, 1943 in Harrisburg, Pennsylvania. He was brought up in the transient household of a military family and survived the Hungarian Uprising as a boy. His Baptist faith also helped mold his conservative philosophies. He received a Bachelor's degree from Emory University and Master's and Doctorate in Modern European History from Tulane University. Before his election to Congress, he taught history and environmental studies at West Georgia College for eight years. First elected to the U.S. House of Representatives in 1970, he rose to the position of Speaker when the Republicans gained control of Congress in 1995. A staunch conservative, he gained nationwide recognition with the successful Contract with America, but his political career suffered a setback when his admission of violating House ethics rules resulted in a reprimand from the House and a fine of $300,000. He has written over 20 fiction and non-fiction books including Days of Infamy, To Try Men's Souls, Valley Forge, Window of Opportunity: A Blueprint for the Future, To Renew America, To Save America: Stopping Obama's Secular-Socialist Machine, and Trump's America: The Truth about Our Nation's Great Comeback. He was honored as Time magazine's Man of the Year in 1995. 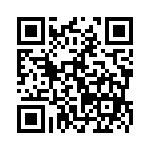