Page 104 - Oh that I was rich enough to live without a profession ! What do you think of my becoming an author, and relying for support upon my pen ? Indeed, I think the illegibility of my handwriting is very author-like. How proud you would feel to see my works praised by the reviewers, as equal to the proudest productions of the scribbling sons of John Bull. But authors are always poor devils, and therefore Satan may take them.
Appears in 98 books from 1860-2007
Page 25 - First and principally I commit my soul into the hands of Almighty God, and my body to the earth to be decently buried at the discretion of my Executors...
Appears in 768 books from 1828-2007
More
Page 474 - But Ernest turned away, melancholy, and almost despondent: for this was the saddest of his disappointments, to behold a man who might have fulfilled the prophecy, and had not willed to do so. Meantime, the cavalcade, the banners, the music, and the barouches swept past him, with the vociferous crowd in the rear, leaving the dust to settle down, and the Great Stone Face to be revealed again, with the grandeur that it had worn for untold centuries.
Appears in 123 books from 1851-2008
Page 25 - I will that all my just Debts and funeral charges be paid and discharged by my Executors, and particularly that they pay to the Orders of Mr.
Appears in 101 books from 1837-2005
Page 398 - I am so pulled hither and thither by circumstances. The calm, the coolness, the silent grass-growing mood in which a man ought always to compose, — that, I fear, can seldom be mine.
Appears in 99 books from 1870-2007
Page 473 - Confess it," said one of Ernest's neighbors to him, "the Great Stone Face has met its match at last!" Now, it must be owned that, at his first glimpse of the countenance which was bowing and smiling from the barouche, Ernest did fancy that there was a resemblance between it and the old familiar face upon the mountain-side.
Appears in 54 books from 1851-2007
Page 257 - It was such an awful joke, that she should have resolved—in all sincerity, no doubt — to make herself the greatest, wisest, best woman of the age. And to that end she set to work on her strong, heavy, unpliable, and, in many respects, defective and evil nature...
Appears in 36 books from 1885-2006
Page 473 - ... fog with his mere breath, and obscure the natural daylight with it. His tongue, indeed, was a magic instrument ; sometimes it rumbled like the thunder ; sometimes it warbled like the sweetest music. It was the blast of war, — the song of peace ; and it seemed to have a heart in it, when there was no such matter.
Appears in 39 books from 1851-2008
Page 398 - Dollars damn me; and the malicious Devil is forever grinning in upon me, holding the door ajar. My dear Sir, a presentiment is on me,— I shall at last be worn out and perish, like an old nutmeg-grater, grated to pieces by the constant attrition of the wood, that is, the nutmeg. What I feel most moved to write, that is banned,— it will not pay. Yet, altogether, write the other way I cannot. So the product is a final hash, and all my books are botches.
Appears in 182 books from 1870-2008
Page 399 - Paradise, in some little shady corner by ourselves, and if we shall by any means be able to smuggle a basket of champagne there (I won't believe in a Temperance Heaven), and if we shall then cross our celestial legs in the celestial grass that is forever tropical, and strike our glasses and our heads together, till both musically ring in concert, — then...
Appears in 45 books from 1885-2008
Less

Julian Hawthorne was born on June 22, 1846. He was an American writer and journalist, the son of novelist Nathaniel Hawthorne and Sophia Peabody. He wrote numerous poems, novels, short stories, mystery/detective fiction, essays, travel books, biographies and histories. Hawthorne entered Harvard in 1863, but did not graduate. He studied civil engineering in America and Germany and was engineer in the New York City Dock Department. He spent 10 years abroad, and on his return edited his father's unfinished Dr. Grimshawe's Secret (1883). While in Europe he wrote the novels: Bressant (1873); Idolatry (1874); Garth (1874); Archibald Malmaison (1879); and Sebastian Strome (1880). Hawthorne also wrote a critique of his father's novel The Scarlet Letter that was published in The Atlantic Monthly in April 1886. He died in 1934 at age 88. 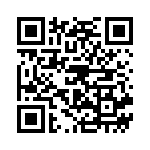