IN THE SHADOW OF THE RISING SUN: The Political Roots of American Economic Decline

As good and thoughtful a case as has been made for a US industrial policy—defined by businessman Dietrich as the state's purposeful allocation of resources to high-tech enterprises with the capacity ... Read full review

In the shadow of the rising sun: the political roots of American economic decline

William S. Dietrich is President of Dietrich Industries, a steel processor and building products manufacturer based in Pittsburgh. A graduate of Princeton, he received a PhD in Political Science from the University of Pittsburgh in 1984. His combination of business experience and academic expertise makes him unusually well qualified to address the complex practical and theoretical issues he tackles in this book. 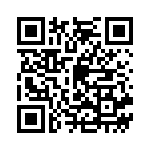