I read this before taking a vacation to Arkansas. It provides an excellent orientation for what I saw, what people who live there say and the issues the state faces going forward. I especially liked ... Read full review

Jeannie M. Whayne is chair of the History Department, University of Arkansas. Among her publications are A New Plantation South: Land, Labor and Federal Favor in Twentieth Century Arkansas (1996, University Press of Virginia), and Arkansas Biography, with Nancy A. Williams (Arkansas, 2000). Thomas A. DeBlack is associate professor of history ot Arkansas Tech University and the author of Arkansas in the Civil War and Reconstruction in the Histories of Arkansas series (forthcoming). George Sabo III is Research Station Archaeologist at the Arkansas Archaeological Survey and a professor of anthropology at the University of Arkansas. His publications include Visions and Revisions: Ethnohistoric Perspectives on Southern Cultures (Georgia, 1987) and Paths of Our Children: Historic Indians of Arkansas (Arkansas Archaeological Survey, revised 2001). Morris S. Arnold is a United States Circuit Judge for the Eighth Circuit. Most recently, he is the author of The Rumble of a Distant Drum: The Quapaws and Old World Newcomers, 1673-1804 (Arkansas, 2000). Links to this and his other books are to the right. 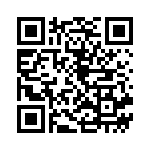