Page 2 - By redefining its enemies, the Klan broadened its appeal to parts of the North and Midwest, and for a time, its membership swelled. The inflated economy of the "Roaring Twenties" led to inflated share prices.
Appears in 2 books from 2003-2005
Page 2 - The Dust Bowl was an ecological and human disaster that took place in the southwestern Great Plains region of the United States in the 1930s (Bonnefied 1979; Hurt 1981; Howarth 1984; Lee et al.
Appears in 3 books from 2001-2005 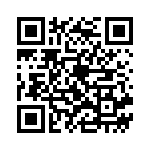