Page
On the following day , after conference with the leaders of his party , he
reconsidered his determination and , saying that the vote to table had shown that
the sentiment of the Senate was in favor of the " principle of the bill , ” he
announced that ...
Page 61
Accordingly , after a hard - fought fight with the minority , lasting a month , the
majority on February 16 , 1820 , passed a bill ( 23 votes to 21 ) admitting Maine ,
but with a “ rider ” admitting Missouri without restriction as to slavery . Senator
Jesse ...
Page 129
John P . King of Georgia , spokesman of the majority of the committee , said that
positions had been assumed and principles insisted upon by Mr . Calhoun which
were not only inconsistent with the bill reported , but , he thought , inconsistent ...

36 other sections not shown 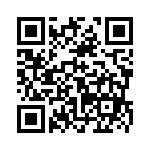