Waldo W. Braden, at his death in 1991, was Boyd Professor Emeritus of Speech Communication at Louisiana State University. He was the author of The Oral Tradition in the South and many other books. 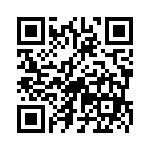