Herbert Mitgang was born in Manhattan, New York on January 20, 1920. He graduated from St. John's University and its law school and was admitted to the bar. While still in college, he was a sports stringer for The Brooklyn Eagle. During World War II, he served as an Army intelligence officer and journalist. He joined The New York Times after the war and retired in 1994. At The Times, he wrote about numerous subjects including theater, foreign affairs and the law. He was editor of the Sunday Drama section from 1955 to 1963 and helped create the Op-Ed page, introduced in 1970. For three years in the mid-1960s, he was the assistant to Fred W. Friendly, the president of CBS News. He helped organize coverage of the Vietnam War and produced news programs including Vietnam Perspectives, which introduced voices opposed to the war. During his lifetime, he wrote or edited 15 fiction and nonfiction books including The Montauk Fault, Dangerous Dossiers: Exposing the Secret War against America's Greatest Authors, Once Upon a Time in New York, and Newsmen in Khaki: Tales of a World War II Soldier-Correspondent. He also wrote two plays: Mr. Lincoln and Adlai Alone. He died from complications of pneumonia on November 21, 2013 at the age of 93. 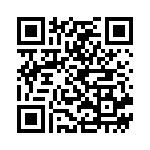