William M. S. Rasmussen is Curator of Art at the Virginia Historical Society. Robert S. Tilton is Assistant Professor of American Literature and Director of American Studies at the University of Connecticut at Storrs. 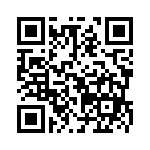