"For Thoreau, the most spiritual corrosive life is lived by relatively privileged members of democratic societies who know in their hearts that their elected government is doing great wrong in their ... Read full review

What are we to make of John Brown and his impact on the tensions between North and South that led to secession and war? The conceptions of him held by historians are far from alike. Was he a madman ... Read full review

Evan Carton is a professor of English and the director of the Humanities Institute at the University of Texas at Austin, where he has taught for the last twenty-seven years. The author of several books and numerous journal and magazine articles on American literature, culture, and politics, he lives in Austin, Texas, with his wife and two daughters. 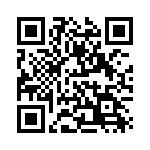