Alan T. Nolan is a lawyer in Indianapolis, an Honorary Trustee of the Indiana Historical Society, a Fellow of the State Historical Society of Wisconsin, and member of the Indianapolis Civil War Round Table. His Civil War books include The Iron Brigade and Lee Considered: General Robert E. Lee and Civil War History. With Sharon Vipond, he edited Giants in Their Tall Black Hats: Essays on the Iron Brigade. Several years ago in honor of its fiftieth anniversary, the Milwaukee Civil War Round Table, the second oldest round table in the country, created a new award called the "Alan T. Nolan Lifetime Achievement Award." The first recipient, obviously, was Alan T. Nolan. 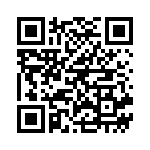