Herman Cain is an American businessman, syndicated columnist, and radio host from Georgia. He is the former chairman and CEO of Godfather's Pizza and a former chairman, deputy chairman (1992-94) and chairman (1995-96) of the board of directors of the Federal Reserve Bank of Kansas City. He was born on Decmeber 13, 1945 in Memphis, Tennessee. In January 2011, Cain announced he had formed an exploratory committee for a potential campaign for the Republican Presidential nomination in 2012 and on May 21, 2011, Cain officially announced his candidacy. In mid-October 2011, Cain was leading the polls as the candidate for the Republican Party. Cain grew up in Georgia, the son of cleaning woman and a chauffeur. He graduated from Morehouse College in 1967 with a Bachelor of Arts degree in mathematics. Cain, accepted for graduate studies at Purdue, received a Masters in computer science there in 1971, while he also worked full-time in ballistics for the U.S. Department of the Navy. Cain received the 1996 Horatio Alger Award and has received honorary degrees from Creighton University, Johnson & Wales University, Morehouse College, University of Nebraska, New York City Technical College, Purdue University, Suffolk University, and Tougaloo College. In 2006, Cain was diagnosed with Stage IV cancer in his colon and metastases to his liver and given a 30 percent chance of survival. Cain underwent surgery and chemotherapy following the diagnosis, and has since reported that he is in remission. 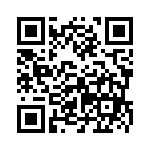