Charles W. Mitchell, a Marylander by birth and by choice, is a writer descended from a congressman, a pirate, and two Confederate officers who appear in the pages of this book. The ancestors of his wife, Betsy, include eleven Union soldiers, Pennsylvanians all. Charley and Betsy, and their two children, Abbie and Alec, live in Lutherville, Maryland. 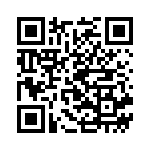