Brilliantly written book taking a fairly new approach to morality than has been the norm not only in religious studies but in philosophy as well. Instead of adopting a proscriptive approach telling us how morality ought to be, Gert uses a descriptive approach describing the actual informal public system of morality as it exists. This is a dramatic shift towards the proper role of any moral theorist, that of describing reality.
Gert also offers explanations of why morality is how it is, based on the fact that we are decision making entities that are vulnerable and live in proximity to other such entities.
Gert only makes one error in my opinion, and that is in the application of his own methodology. He adds in two rules that are either clearly not moral rules, or else redundant, in order to get to ten rules. Those two are Obey the Law, and Do Your Duty.
The former Gert intends as a lubricant to help society function. He is thinking of food inspection laws, building laws, and others that we are told (often falsely) simply protect us from harm. Though there is not time to explore this here, such laws not only do not actually protect us from harm, they often expose us to greater harm. They are simply unnecessary and thus by his own argument this is not an actual moral rule.
The other, Do Your Duty, is simply redundant. Either you have explicitly accepted an obligation, such as those of a life guard, and so you are bound by Keep Your Promises, or the duty is a moral one already covered in the other moral rules. There is no need for this as an additional rule.
All in all, this is a must read for anyone who wants to speak of, or know the nature of morality as it actually exists.

Bernard Gert is in the Department of Philosophy, Dartmouth College. 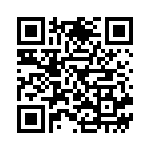