Howard Andrew Williams was born on December 3, 1928 in Wall Lake, Iowa. He and his three brothers began singing in their church choir, and they were so good that they soon had their own radio show. The Williams Brothers appeared on television and in nightclubs, and in the 1944 movie Going My Way they backed up Bing Crosby on his Oscar-winning Swinging On A Star. Andy Williams dubbed the singing voice of Lauren Bacall in the film To Have And Have Not. Andy Williams left his brothers to begin a solo career in 1952. He became a featured performer on Steve Allen's Tonight Show and signed with the Cadence record label. His first hit single was Canadian Sunset in 1956; other notable recordings include Moon River, Love Story, Days of Wine and Roses, and Born Free. While had chart successes for over twenty years, his seventeen gold albums were his biggest sellers. He garnered six Grammy Awards. Williams' easy-going manner and clean-cut good looks made him a natural for television and he had a popular, Emmy-winning, weekly variety show that lasted from 1962 until 1971. In 1964 he made his acting debut in I'd Rather Be Rich. Andy Williams became the first non-country entertainer to build his own theater, along Highway 76 in Branson, Missouri. His 2,000 seat Andy Williams Moon River Theater was built in 1992 and includes a 250-room hotel and a restaurant. The once-divorced Williams married Debbie Haas in 1991. He has two children. 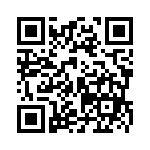