Page 483
Occatreme loneliness ; and , lastly — a good sionally he saw big fish making for the deal later , this — by its combination of deeper pools , and was sorely tempted to beauty , loneliness , and singular atmos- stop ; but he resisted .
Page 543
At intervals along the table in flowing mustache . rich luxuriance were marshaled dishes Canon Fennell came later in a car containing everything from poached drawn by an ass , which he urged foreggs to jelly , and potatoes in their ...
Page 788
For it was four and speak them , for they would bring hundred years later , " Abélard repeated , wings to the master's argument , a flying emphasizing the point , which he seemed feather , at least . So did she feel as she sat to regard ... 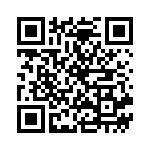